Wroxall is a small village nestling in a fertile valley between Stenbury and St Martin's Downs just a couple of miles north of the coastal town of Ventnor. My family has lived in Wroxall for over 150 years and some of my closer relatives still live there today. Through these pages I hope to present many photos of the village and its inhabitants and, possibly, include some brief historical notes. 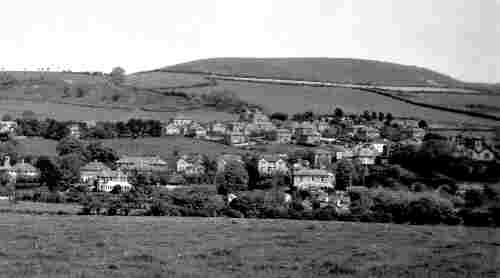 View looking east over Wroxall to St Martin's Down c1960's 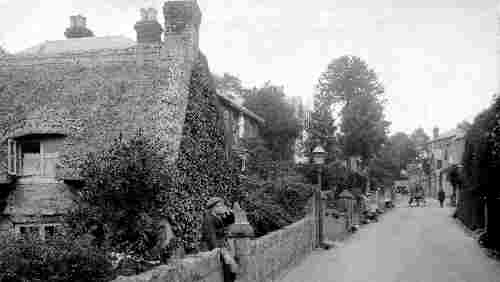 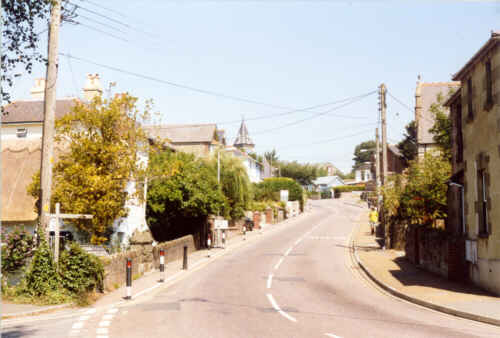 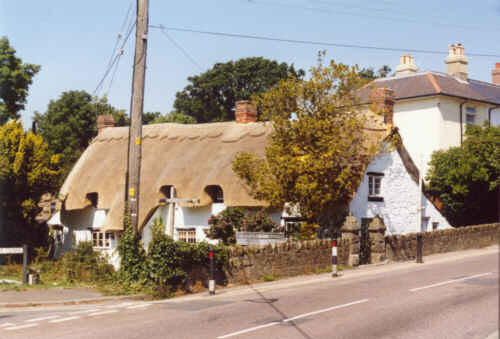 The newly thatched cottages in August 2001 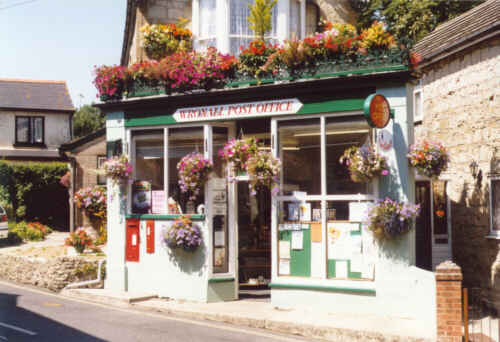 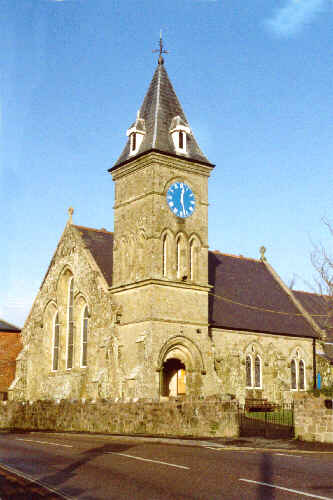 The village of Wroxall has been a small farming community since ancient times, the Manor of  Warochelle (or Warochesselle?) being mentioned in the Domesday book of 1086.

Although the Appuldurcombe Estate and its Norman priory had provided continual work for some local villagers throughout the ages, it wasn't until the mid 1860's that Wroxall showed any significant signs of development and diversification of skills. The rapid growth of the nearby fishing hamlet of Ventnor into a popular Victorian seaside resort was the trigger. Apart from the initial small increase in road traffic through the village (most horse drawn carriages from Ryde took the scenic coastal road through Luccombe and Bonchurch) there was the inevitable demand from Ventnor for increased local food production and supply of labour and services. However, it was the, almost, chance routing of the railway through Wroxall which brought about the most prominent change.

The original plans submitted to Parliament in 1859 for a railway from Ryde to Ventnor proposed following a coastal route via Brading, Sandown, Shanklin and Bonchurch. However, there was strong opposition from the Earl of Yarborough who objected to the idea of it passing through Luccombe Chine, so an alternative route via Wroxall was agreed in 1860. The railway was completed as far as Shanklin by 1864, but it took another two years to overcome the engineering challenges of taking it into Ventnor. These challenges included constructing a steep gradient over Apse Bank and a mile long tunnel through St Boniface Down - both very labour intensive. As a result, the population of Wroxall increased almost overnight with the sudden influx of workers.

For more photos and information, please follow the links below.